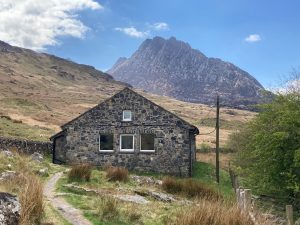 Caseg Fraith in evening sun – not an omen of the weather to come! (Kathy)

(How to have fun in North Wales in an easterly gale)

April’s trip took us back to North Wales, to the comfortable Caseg Fraith hut at the foot of Tryfan.  In the pre-trip chat, and with classic British understatement, Alan W pointed out that the 30-40 mph easterly wind, gusting 50, would be fresh and invigorating (or – for the fell runners – a really fun and exciting tail wind) for much of the weekend.

So did we cower in the hut? Or with trepidation venture out?

Stuart, Tom, Peter and Kathy opted for some multi-pitch climbing on the west-facing Idwal Slabs.  Stuart and Tom tackled the superb Tennis Shoe (HS 4b) followed by Ordinary Route (Diff).  Kathy and Peter alt led Ordinary Route to reach the higher levels, climbing Lazarus (S 4a) and The Arete (VDiff, allegedly, but quite technical and bold. Is that a classic mountain VDiff?) to the top. 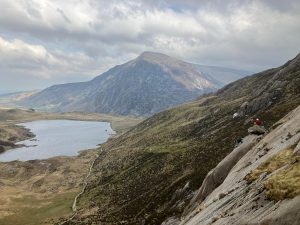 Tom and Stuart at the top of Tennis Shoe (Kathy)

Having re-assured Tom that it was perfectly safe to leave a rucksack at the bottom of the crag, Stuart returned to find that the crows had taken a shine to his bag and made off with his suntan cream.  (Really, some things you can’t make up.)  Dan headed off to test how strong the wind really was, walking up Pen Yr Ole Wen, crossing Carnedd Daffyd and Llewellyn and returning via Ffynnon Llugwy Reservoir.  The wind was bearable, and the only rescue Dan had to make was of a family having a domestic about the route. 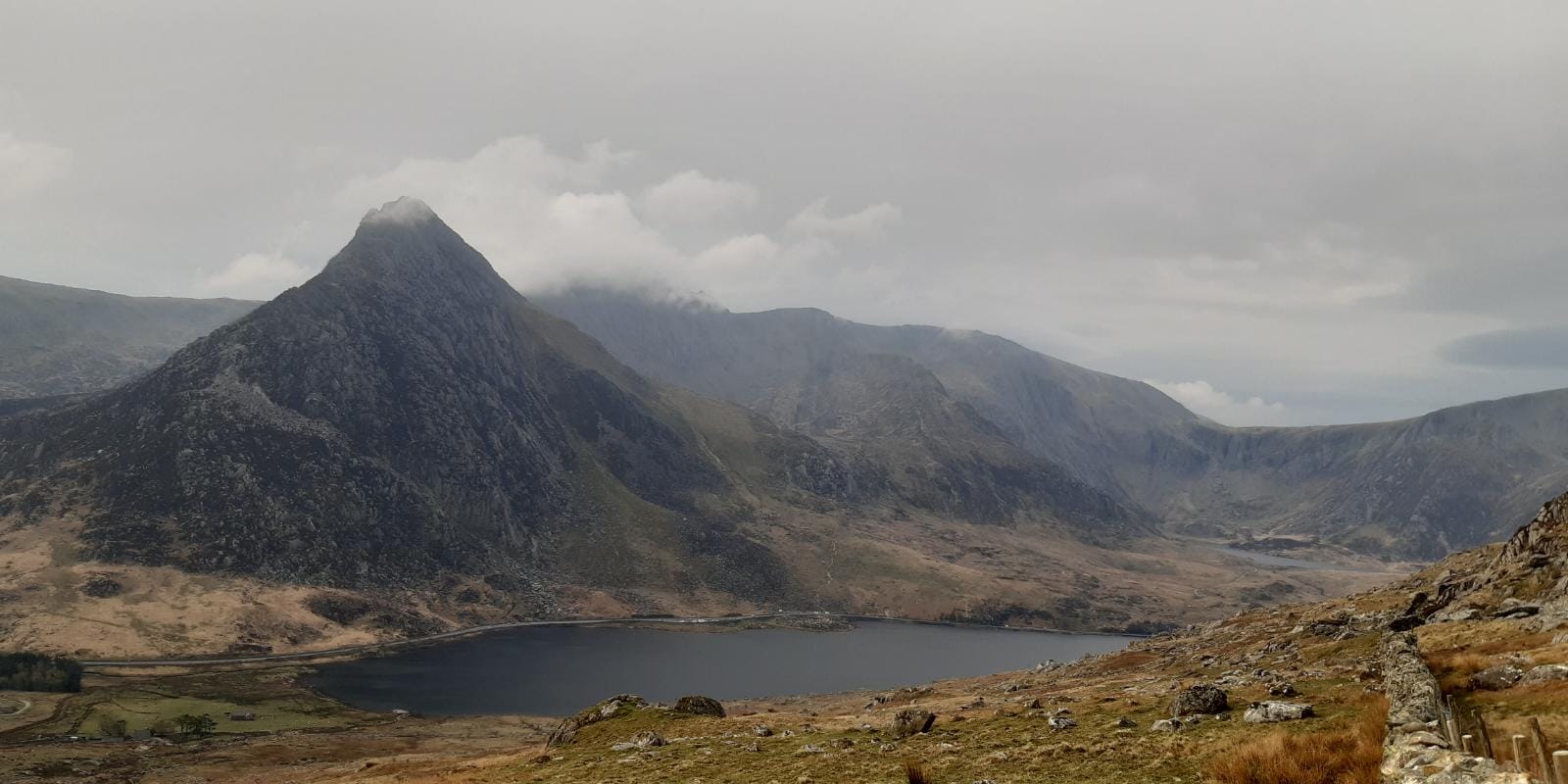 Tryfan from across the way (Dan)

With the other MKMC-ers safely arrived on Friday evening, we set off in different directions for some more mountaineering fun. 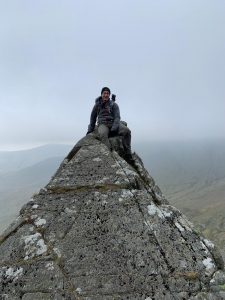 Stacey and Dan scrambled up the Crib Lem Spur (Grade 1) to Carnedd Dafydd, successfully staying on their feet (or at least in control on their hands and knees) in the wind.

Alex and Lee headed for the shelter of the Llanberis slate quarries, for a day’s trad and sport climbing.  Lee led Looning the Tube (E1 5b) and both led Fresh Air (6a), amongst the 10 – 12 routes conquered over the day. 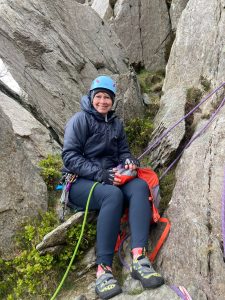 Gill, Malcolm and Neal chose to stay local, taking advantage of the crag behind the hut for some single pitch climbing before moving on to the nearby Milestone Buttress for a spot of multi-pitch climbing on Rowan (Diff).

Stuart and Peter took Ali (on his first day on outdoor rock!!), together with Tom and Kathy, on a classic mountaineering adventure, linking up the 2 pitches of Slab Climb (Diff) on Gribin Facet with 3 pitches of Sub Cneifion Rib (VDiff), topped off by the Cneifion Arete (Diff/Grade 3 scramble).  An awesome journey, although we did learn the need for warm belay jackets, and appreciation for the warming evening sun on our way down. 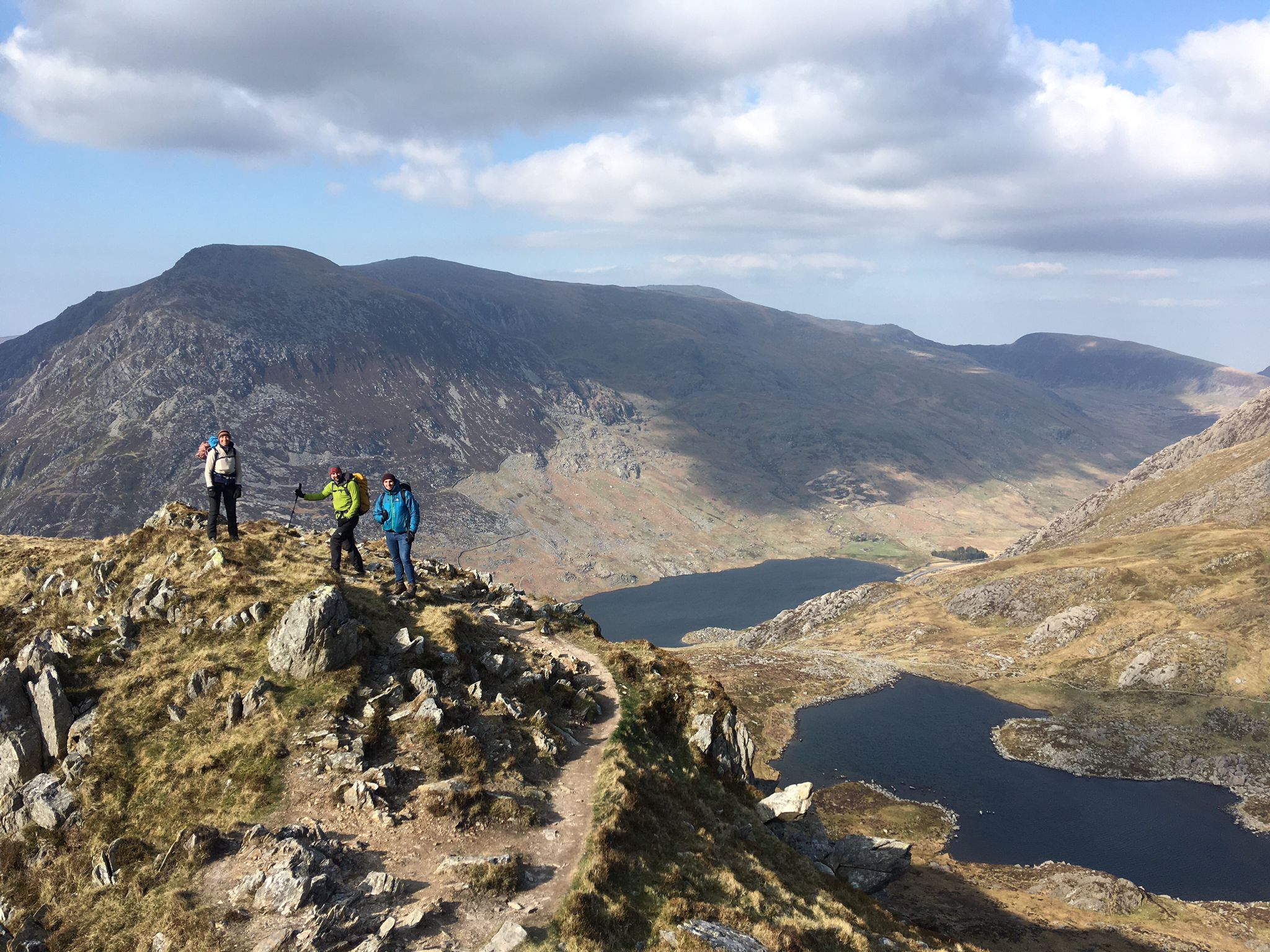 Shane set off on a fell running odyssey, over Snowdon and Crib Goch to Nant Peris, beating the wind to battle up Elidir Fawr and returning to the hut over the Glyders in time for sunset. 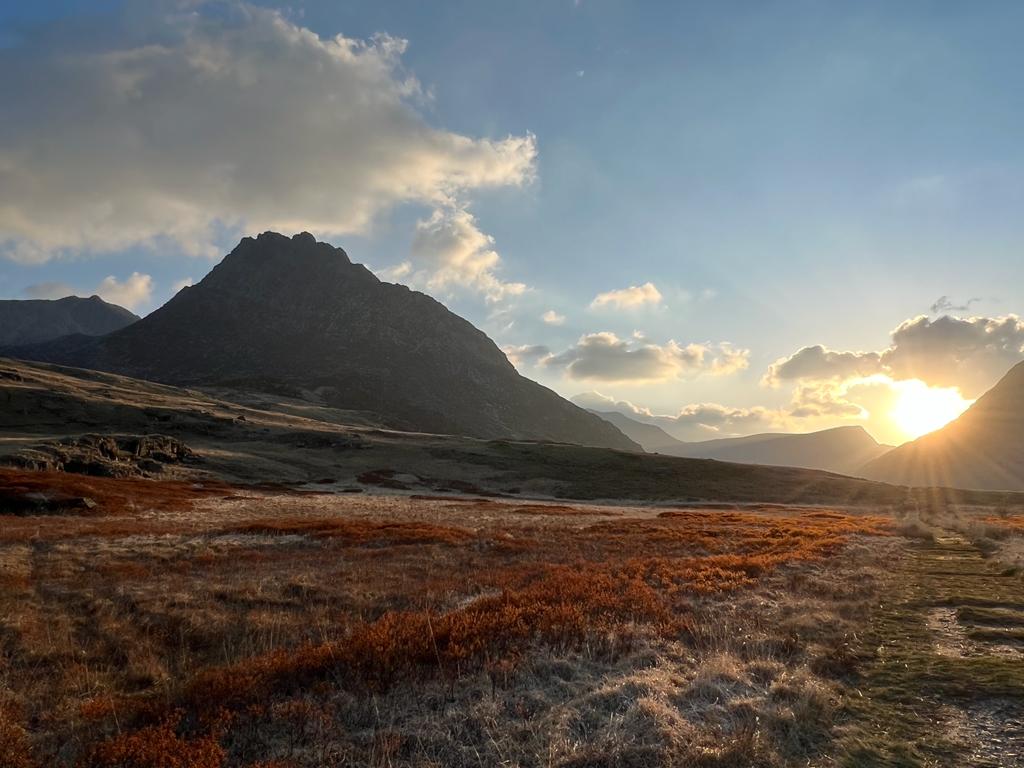 By evening, we were all glad to put our feet up in the hut’s cosy snug with its open fire. 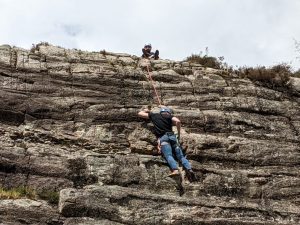 Tom and Ali on Craig y Tonnau (Lee and Alex)

A new day with an improving forecast brought refreshed enthusiasm.  Lee, Alex, Tom and Ali went to Craig Y Tonnau, near Betwys-y-Coed, for some single pitch climbing on the wavy rock.  (It is, look!) 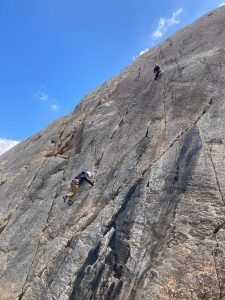 Malcolm, Gill and Neal continued their theme of showing how much fun could be had near the hut with some single and short multi-pitch climbing on Little Tryfan.  Dan joined as chief photographer (aka chilling out in the sunshine) due to a poorly knee. 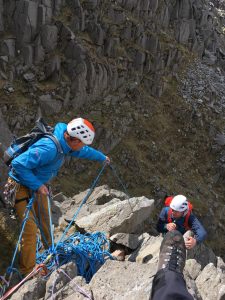 Stuart trying out guide mode on his new DMM Pivot (possibly the best versatile belay device
in the word according to Peter) while Stacey climbed the crux pitch. We had lunch here –
Stacey’s soup and view score was 12.

alpine feel. We made good use of our 2 ropes, and Stacey enjoyed taking a third rope for a walk.

Despite all his protestations of not being a climber, Shane slithered up in his running trainers – although firmer footwear is recommended for some of the edging!  Beautiful sunshine bathed our walk back over the tops and down to the hut: it was the sort of afternoon when you really don’t want to leave.

All in all, a great weekend in the mountains. Until next time! 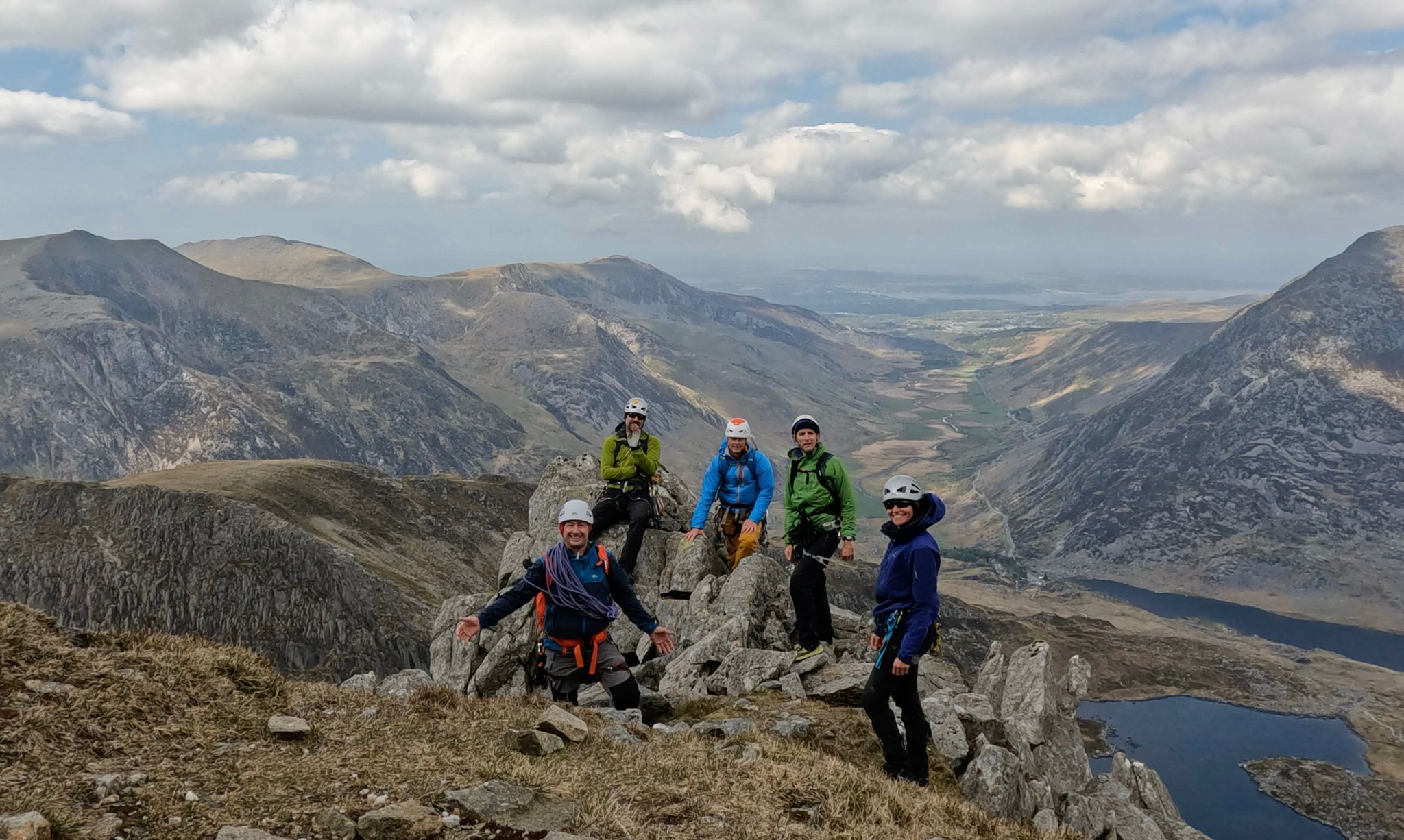 Successful team at the top of Dolmen Ridge (Shane)

With massive thanks to Alan W for organising the hut, working out ever-changing car shares and supporting us remotely while we were away.  Thanks to Dan and Malcolm for taking the recycling home.  And thanks to Shane and Dan for the feet-warming fires.