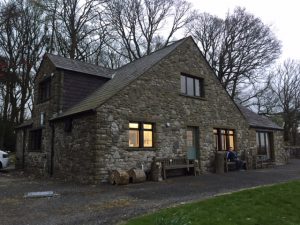 Lowstern hut was the venue and what a fantastic weekend it was. The accommodation was perfect as was the weather.

David went for a leisurely potter around Clapham and the short walk to the reservoir. Then he struck up to the top of Ingleborough. He walked on to Ingleton, then back to the hut. Gillian, Adam, Floyd and Alex did the Ingleton Waterfalls Trail. 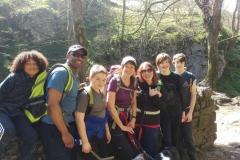 Andy, Dan & Kent did a circular walk from Lowstern hut via Clapham. They then followed Thwaite Lane to see the Norber erratics, Long Scar and back via Long Lane (Clapham Beck) to Clapham. Alan and Jason headed to Giggleswick South to do some sport climbing.

David and Liz set off for Napp Scar, then Capple Bank and Horton for morning coffee. Then they climbed up Pen-y-ghent. Gillian and Adam, Floyd and Alex plus a friend of Gillians and her children did a fabulous 8.5 mile circular walk from Malham Village, past Janet’s Foss, Gordale Scar and Malham Tarn, back via Malham Cove. 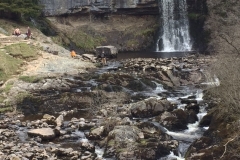 The Saturday climbers were Jason, Graham, Flick, Alex T and Alan, and they headed five miles up the road for a day of trad at Twistleton Scar. 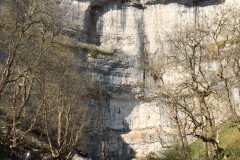 Gillian and her party did a 9 mile circular walk taking in Ribblehead Viaduct and summiting Whernside, the highest point in Yorkshire. Andy, Dan and Kent did the circular walk around the waterfalls at Ingleton before returning home. Jason chose to climb at Rylstone. The Sunday climbing team had two additional members, Lizzy and David.